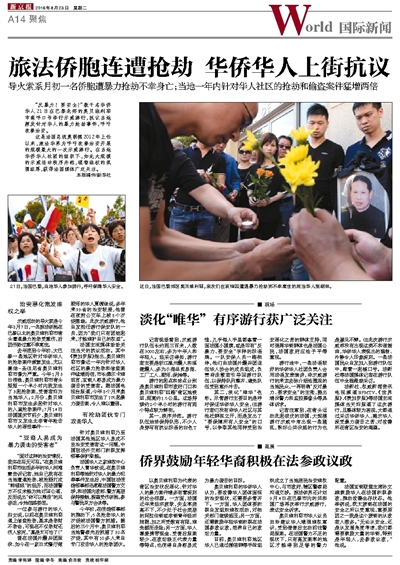 Digital homepage> Section A14: International News · Focus on the Overseas Chinese in France was robbed. Overseas Chinese and Chinese took to the streets to protest the fuse. At the beginning of the month, an overseas Chinese was violently robbed and died. The local robbery and theft against the Chinese community has tripled in 2016. 08 Beijing News on Tuesday, 23rd shared: 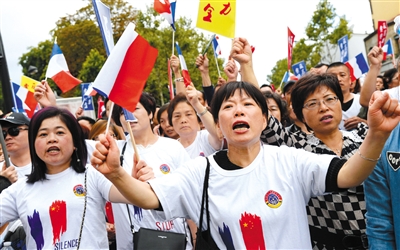 On the 21st, in Paris, France, local Chinese participated in the parade, calling for the safety of the Chinese. 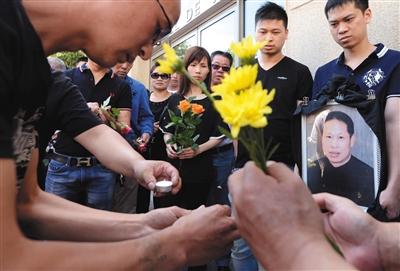